CLIMAR will advance our mechanistic understanding and predictive capacity of how climate change will redistribute marine species of key economic and ecological importance, creating more robust advice for the sustainable management of living marine resources. CLIMAR provides a step change in the state of the art in predicting ecological impacts resulting from the interaction between climate change warming and Ocean Acidification (CCWOA) across a broad range of species inhabiting contrasting marine regions around the globe.

The objectives of CLIMAR are:

(1) to develop and employ a standard set of methods to produce mechanistic (physiology-based) metrics of climate sensitivity of key marine species,

(2) to predict future changes in the potential distribution of these species which incorporate a range of likely climate change scenarios, and

(3) to raise awareness of the potential economic and societal impacts of CCWOA due to changes in the ability of given regions to provide specific ecosystem goods and services such as high species biodiversity and productive isheries. 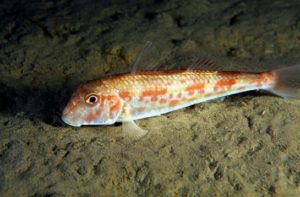 Mullus barbatus: The Red mullet Mullus barbatus is a species of goatfish found in the Mediterranean Sea, Sea of Marmara, the Black Sea and the eastern North Atlantic Ocean, where its range extends from Scandinavia to Senegal. They are fished, mostly by trawling, with the flesh being well regarded. In the Mediterranean there are signs of overfishing, and many of the fish caught are shorter than 15 cm (6 in) in total length, and being under two years old, are not yet sexually mature. Although their high abundance, there are few studies on their physiological response to environmental change. 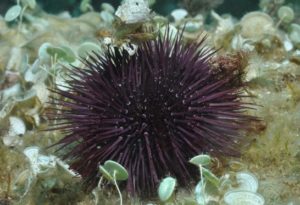 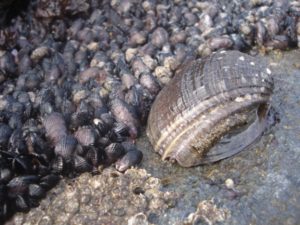 Conchoelpas concholepas: The unique (monogeneric) carnivorous muricid Concholepas concholepas, known in Chile as “loco” and in Perú as “pata de burro, tolina or chanque”, and in international markets as “Chilean or false abalone”, is found exclusively along intertidal rocky shores and shallow subtidal reefs along Chile (~18°–53°S) and central and southern Perú. Particularly in Chile, the species is a traditional seafood resource, even since pre–Hispanic times. Since the mid-seventies, the species has been mainly exported to Asiatic markets, and by the end of the 1980s external market demands operated as a driving force behind its overexploitation. 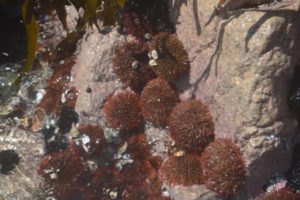 Loxechinus albus: The edible sea urchin Loxechinus albus, known locally as the Chilean red sea urchin is an ecologically and commercially important benthic herbivore found along the Pacific coast of South America from Isla Lobos de Afuera in Perú (~6° S) to the southern end of South America in Tierra del Fuego (~56° S). In shallow-water coastal ecosystems of Chile, this species is a target for local fishers and represents one of the largest urchin fisheries in the world. 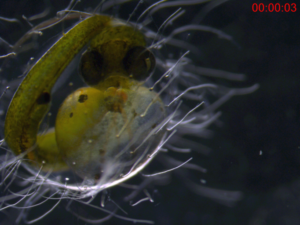 Belone belone: The garpike, Belone belone, inhabits coastal areas in the North-East Atlantic Ocean. From late spring until late summer it is abundant in the Baltic Sea, where it plays an important ecological role as a top predator. Garpike spawn along the coasts of the Baltic Sea up to the Gulf of Riga in late spring. Little is known about their physiology in general and in particular about their responses to environmental change. (late garpike embryo, see photo) 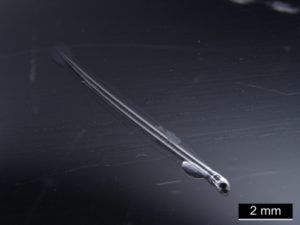 Clupea harengus: The Atlantic herring, Clupea harengus, is an important forage fish species of pelagic and coastal areas of the North Atlantic Ocean with high economic importance for humans. Various populations have been identified although genetic discreteness remains questionable. Baltic herring migrate into the Baltic Sea in early spring and spawn along the German coast in spring and autumn. Because of the commercial and ecological importance, herring is a well-studied species and first reports demonstrate that the early life stages of spring spawners are robust to climate change. Because of their relative low abundance, autumn spawners are less studied and their response to environmental change remains unknown. (Herring larva, see photo).

Eleginops maclovinus, locally known as “róbalo” or Patagonian blenny, is a notothenioid fish of key ecological and economic importance at the southern end of South America. This species shows an extended bioceanic distribution, from Valparaíso in the Pacific Ocean (Chile, 33°S) and San Matías Gulf in the Atlantic Ocean (Argentina, 40°S) down to the Beagle Channel (55°S) and Malvinas Islands, where it inhabits coastal and estuarine waters. Ecologically, it is an important component of many Patagonian trophic webs as preys and as predators. In the Atlantic shores, it is one of the most captured species, being the target of both sport and artisanal fisheries. (Photo by Fabián Vanella)